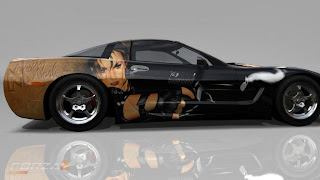 Eheu! Eheu! The Urchin’s X-box is no more. Amid much wailing and gnashing of teeth (why gnashing, I wonder?), the resolution was formed to buy a replacement, so we set off for town.
In the sweaty, pulsating hell-hole that is the local shopping centre, we were offered a trade-in deal on a replacement console with a free game – the latest ‘Grand Theft Auto’: £40 worth of car crime, sex and violence, rated 18.
Moral considerations aside, the Urchin is not yet 18, so I assumed that another game would be substituted automatically. Not a bit of it – according to the package, we had to take ‘Grand Theft Auto’ (or, as I once saw in a small ad, ‘Gran Theft Auto’, which sounds altogether more interesting) or nothing.
After that, it seems, we could immediately trade it in for the Urchin’s desired Tomb Raider game or, as it’s known in the tavern, ‘that thing with Laura Attic in’. Now I could be wrong here, but it seems to me that, if the computer gaming industry is serious about enforcing age restrictions, then a non-negotiable deal on a notorious 18-rated game is a little odd.
And I find myself wondering just how many under-18s are out there tonight happily playing their new Grand Theft Auto games. Although I suppose it’s marginally better than doing it all for real.
Posted by Macheath at 21:02