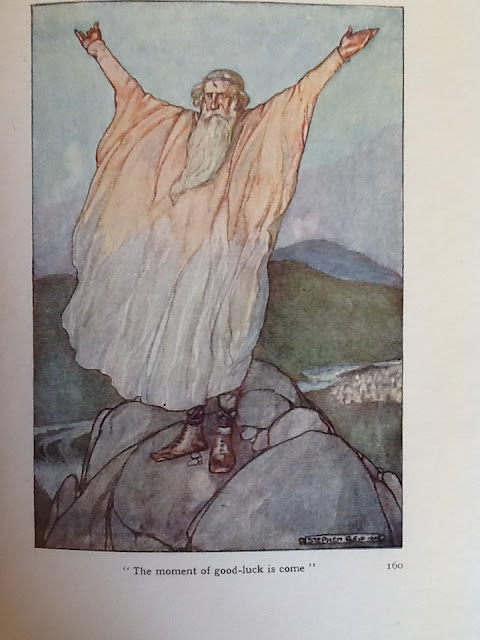 It's good to see Jeremy Corbyn's commitment to recycling: full marks to Alex Massie at the Spectator for listing the verbatim borrowings from a 2011 speech written for (and rejected by) Ed Miliband.

Personally I'm not sure how much it matters. In the great tradition of party conferences, no-one there really bothers too much about the minutiae of  the leader's speech; they just join in when they like the tune.

Since I have decided I am allergic to politicians (or perhaps it's just an intolerance), I shall, at this point, refer you to Caedmon's Cat, who comments at length on the rise of Corbyn far more stylishly than I ever could -  I invite you to join me in a raising a glass to the author of phrases such as 'a boil on the buttock politic'.

Meanwhile, having taken the tongue-in-cheek (I hope!) quiz from the Telegraph (back in August), I have been told that


"You don’t like Corbyn, or his ideas. No matter who you vote for, extremist Corbynistas condemn you as an Evil Tory."

I can't say it comes as a complete surprise - though coming from the Telegraph, I do rather wonder whether that is the default response.

Actually, there is one idea of Corbyn's I do find palatable; the end of the Punch-and Judy PMQs - although I'm not so sure about the 'Housewife's Choice' sourcing of his questions. Still, whatever else he brings to the table, anything that makes Westminster less infantile is alright in my book.


(I am indebted to the Tavern's resident Wise Woman for the picture, a serendipitous find in an old book of Irish Folk Tales. The resemblance is striking, don't you think?)
Posted by Macheath at 20:39 5 comments:

Down Memory Lane to Dolphin Square

Let me take you back to the time when 1970s brown-and-orange was about to give way to the brave electric-blue world of the 1980s.

Like most teenagers, I spent much of my time day-dreaming. Camped out in the spacious attic of my parents' rural bungalow with Radio 1 and a bag of sherbet lemons from the newsagent's shop, I eagerly devoured the Sunday papers and imagined life in the fast lane hundreds of miles away.
.
All things were grist to the mill, from reviews of films I would not see for years (our local flea-pit had by then reinvented itself as a bingo hall) and descriptions of up-market restaurants to avant-garde fashions which, had anyone ventured out in them in my local high street, would have rendered the townsfolk helpless with laughter.

In my mind's eye, far from my sagging corduroy beanbag in the loft, I happily trawled the bookshops of Charing Cross Road and listened to records in HMV, then headed for the South Bank for coffee or browsed the rails in Oxford Street, choosing an outfit for supper round the corner at the Wardour Street Pizza Express and a trip to the Screen on the Green for the latest must-see film.

Naturally, at the end of such a busy day, I would need a place to lay my head - a sophisticated city pad with all the amenities - and I had already chosen the address. Dolphin Square had it all; a central location, concierge service and historical significance, not to mention the reflected glory of the rich and famous then in residence.

It was, as far as it could be at such a distance, an informed choice; I knew the layout of the complex and had a good idea of what some of the flats looked like inside thanks to the newspaper's property section and a detailed article or two. Fascinated by the stern 1930's architecture and design, I could have described the entrance halls or the corridors with a fair degree of accuracy or drawn from memory the central fountain which appeared in every property advertisement.

That familiar image still catches my eye whenever I see it, although it is more likely now to appear in the News section. Research has shown that teenagers are capable of absorbing and retaining a phenomenal amount of information and some of it, at least, was still there thirty-five years later when Dolphin Square acquired its sudden public notoriety and tarnished my innocent juvenile aspirations.

I neither intend nor want to delve into other people's darker territory with this post but, in the context of certain allegations dating back to the 1970s, I think it worth pointing out that, to my certain knowledge, it was possible at the time for a fourteen-year-old who had never seen London to construct an imaginary life there in meticulous detail from nothing but the Sunday papers, television and a tattered AtoZ.


(Footnote: Reader, I did not pine in vain. I'd like (albeit belatedly) to thank my wonderful mother for my sixteenth birthday treat - a day in London, bookshops, coffee and all, culminating in a blissful spree in the Oxford Street TopShop.)
Posted by Macheath at 12:56 5 comments: