(Bulgarian Bush)Baby, It's Cold Outside 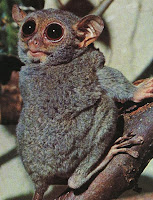 Some of the more exotic victims of the Russia/Ukraine gas dispute were shivering in their enclosures in a Bulgarian zoo yesterday. When gas heaters failed in sub-zero temperatures, zoo staff rushed to provide electric heating for 1300 animals including parrots, hippos, elephants and monkeys (reports fail to say whether they were brass ones or not).


Perhaps given a potential shortage off heaters, they could develop a variation on the animal adoption scheme popular in many zoos. For a small fee, you could be adopted by a bush-baby or armadillo and have a seat next to its enclosure, sharing the heat from its cosy electric fire. After all, they've got to pay the electricity bills somehow, or the inhabitants of Sofia may soon be wearing a lot of interesting new fur coats.


Meanwhile, in one of the oddest bits of timimg ever, London Zoo have started their annual census, a roll-call of every specimen in the zoo. It has to be done annually in all British zoos to keep count of births, deaths etc, but whose bright idea was it to do it in the second week of January? All over the zoo, shivering animals are being forced to stand by their beds while keepers with clipboards tick them off the list.


The meerkats, bless 'em, have flatly refused to cooperate. Hours before the survey began, a litter was born in a deep burrow inaccessible to staff where they cannot be counted and the tribe is firmly staying put in support, leaving the census-takers with the sort of unknown variable that gives obsessive bureaucrats everywhere the heebie-jeebies.

I've always felt a certain liking for meerkats - they have much in common with my childhood hero Rikki-Tikki-Tavi; it's pleasing to see they have a healthy attitude towards authority too.
Posted by Macheath at 11:32