Surely you can't be serious! 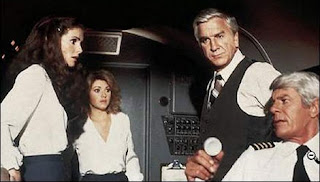 Fancy jetting off somewhere to escape the royal wedding? If so, you might prefer not to read on.

First we heard about the sleeping beauties who should have been flying the Airbus to Denver; they were finally woken not with a kiss but with the screams of the air traffic controller 20 minutes before touchdown.

And they were lucky - it seems US air traffic controllers themselves have been nodding off left right and centre, leaving the pilots to work it all out for themselves. It's true that, when traffic lights fail, motorists seem to manage but I'm not sure the same thing appplies in three dimensions.

And now things have takes a slightly surreal turn as the crews of planes approaching an Ohio airport found themselves listening to the dulcet tones of Samuel L Jackson over the radio instead of the expected instructions. The controller, it seems, decided that watching a DVD might alleviate the crushing boredom of coordinating high-altitude air traffic.

For three minutes, with his microphone stuck in the 'transmit' position, the controller broadcast the soundtrack of the film* to all and sundry; oh to have been a fly on the wall in the cockpits! No danger of them falling asleep, one assumes - it's the ultimate in introspective disaster scenarios.

I can't wait for Hollywood to get hold of this one!

Spare a thought for Captain Ranty, whose recent post announces that he is shortly to be at the mercy of a daunting assortment of flight crews and air traffic control; he was worried enough before this last story broke.

*Sadly for the purposes of the blogosphere, the film in question was not 'Snakes on a Plane'. Update: This one has only just occurred to the Mail - or perhaps they have been reading this blog; their 1.36 edit has amended the headline to the distinctly un-snappy Air traffic controller played Samuel L Jackson movie he was watching at desk over the airwaves (at least it wasn't Snakes On A Plane).
Posted by Macheath at 11:59