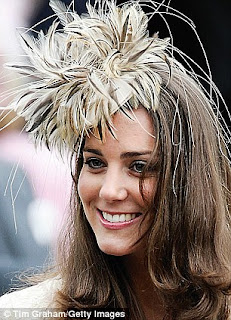 It's the opportunity of the decade for those lucky enough to have secured an invitation - the chance of a loving close-up beamed live to the biggest TV audience in history. Small wonder, then, that the guests in the Abbey are done up to the nines.

And for the majority of female guests, that means paying tribute to Kate's preferred headgear, the fascinator - or headcrab, as it's known in the Tavern for its sprouting tentacles, claws and protuberances. Yes, the headcrab zombies are out in force today*, if the early BBC coverage is anything to go by, and the same phenomenon will doubtless be appearing up and down the land.

One face we won't, alas, be seeing in close-up is that of the thwarted Cherie Blair left at home with no invitation - unless, of course, she turns up at the Abbey in full wedding rig, insisting that there is definitely a spare seat (in which case the Spouse will win a £1 bet). 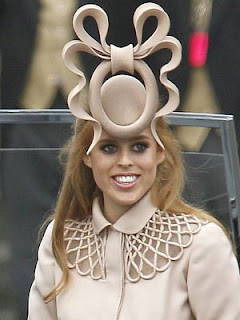 'Headcrab Zombies, take us to your leader...'

*For those not in the loop, 'A headcrab's primary goal is to attach to the head of a suitable host using its mouth [...] incorporating parts of its biological workings with the motor cortex of the host's nervous system. The victim is thus taken over by the headcrab and mutated into a mindless zombie-like being known as a headcrab zombie.' [Wikipedia]
Posted by Macheath at 10:07