The Flying Dutchman of Shoeburyness 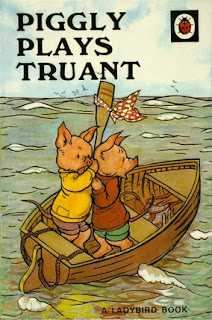 Remember this from last May?

A lost sailor has had to be rescued after running out of fuel circling a small island when he thought he was sailing around the UK coast.

The 32ft Myra Two motor cruiser had to be guided to safety by coastguards yesterday after its captain ran aground as he attempted to sail out of the River Thames. It turned out the hapless mariner and his passenger had no maps, emergency flares or radio - and had been using a car sat-nav system to help guide them through the treacherous waters.

(Both courtesy of the eagle-eyed JuliaM)


Looks like rescuing the terminally incompetent in the Thames estuary is a full-time job these days, what with having to pop out every few minutes to retrieve some half-wit who hasn’t grasped the basics of seamanship. And last week was no exception:

Coastguards were first called out 40 minutes after the captain of the 28ft motor cruiser left Sheerness, bound for London. He entered the Thames Estuary and crossed the main shipping lanes, ending up near Southend-on-Sea - less than five nautical miles from his starting point.

The coastguard helped point him and his companion in the right direction but the bungling seafarer became 'confused' and ended up sailing the boat four miles west to Shoeburyness.

The coastguard was called out for a second time and explained (through gritted teeth, one imagines) exactly how to get to London.

The wandering skipper then managed to ground his boat just off the coast near Shoeburyness. Again the coastguard was called out and two lifeboats were sent to help - towing the boat back to Queenborough Harbour in Sheerness, where he started from.

The coastguard then issued the captain with 'safety advice' before sending him on his way - on foot.

And that’s not all – Kent lifeboats rescued five children blown out to sea in two untethered inflatable dinghies on a windy day last weekend, while Sheerness lifeboat had a busy day on the 4th, starting at 12.30am with two men in the speedboat ‘Bad Boys’ (tells you all you need to know, really) who had run out of petrol.


JuliaM asks in her post "Has sailing become fashionable amongst the intellectually-challenged?" A glance through the week's news would certainly suggest so - and the plight of the children in their unattended dinghies suggest the incompetent are breeding too.

Children’s books used to do a good line in cautionary tales of the hazards of unintentional seafaring – anyone else out there remember 'Piggly plays Truant' or 'We Didn't Mean to go to Sea'? – but that has presumably fallen by the wayside as irrelevant to the 21st century; the likes of Arthur Ransom would be considered far too old-fashioned and middle class these days.

With traditional seagoing skills lost and forgotten and the all-must-have-prizes generation unaware of their own shortcomings, there's an accident out there waiting to happen.

You may have been told at school that there's no such thing as failure, but, when you're blundering about in the shipping lanes with a freighter bearing down on you at speed, I think you may find there is.
Posted by Macheath at 21:22