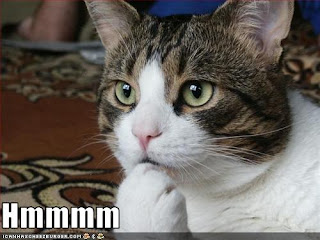 Today's Local Government puzzle
Your target is to save £45million over the next three years. You employ six 'strategic directors' at a salary of £100,000 each - total salary bill £600,000. What should you do?
Well, if you're Brighton and Hove Council, you promptly make them all redundant and replace them with four people doing the same job at £125,000 each - total salary bill £500,000. At a stroke, you've saved £100,000 - well done you!
Of course, spending thousands on a flashy recruitment website - based round the gimmick that 'Status Quo fans need not apply*' - to attract the right people is entirely justified. OK, there will be redundancy packages and pensions and all that sort of thing for the six people you're sacking, but hey! That's not your problem, is it? Look at you, saving the Council all that money! Bet there'll be a bonus in there for you somewhere.
For once, I find myself sympathising with a Unison spokesman: "There are five very talented directors, plus one acting director, already doing a good job. But now the council are spending a load of money to replace them with new people from outside, offering even bigger salaries".
Unless, of course, they aren't new people; just the existing six fighting over four places. Perhaps they should make them really fight for it, on the seafront, maybe. Then they could raise a bit of extra cash for the Council by selling tickets - hey, they could even get hold of some mud. Now that's rock and roll!
*Could that be breaching Council guidelines on discrimination?
Posted by Macheath at 16:48