Aye, they'd none of them be missed... 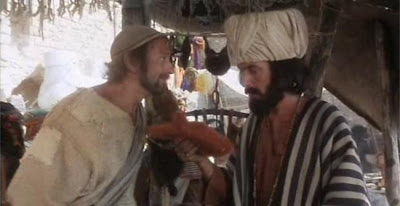 Here’s some unexpectedly positive news about cuts for a change – instead of the expected shroud waving, Scotland’s Health Boards have cheerfully admitted to Holyrood’s Health and Sport Committee that staff numbers can be ‘cheaply and painlessly reduced’.

The boards told the committee they could cut job numbers with ease. One board was already close to its target of reducing staffing levels in all corporate departments by 10 per cent; according to the Committee, “the impression given is that this is all very straightforward and achieved with a minimum of fuss or bother”.

Not unreasonably, the report then went on to ask, “Why were these staff needed in the first place if they can be dispensed with painlessly?”

It’s all a bit embarrassing for Nicola Sturgeon, who has previously boasted that the number of NHS staff has increased by 10,000 since the SNP came to power in 2007. So, as the report describes “substantial unaddressed inefficiencies” and little increase in productivity, what are all these extra people doing?

Well, I’ve never been to a really top-notch restaurant, but I’m told that, when you arrive, a flunkey escorts you from the car to the door, another meets you and takes you over to the Maitre d’ and he then summons the waiter to show you to your table.

That’s pretty much what you get these days at the ------ General, with the added refinement of several people filling in a form at each stage. Then there are the myriad receptionists who phone you to tell you something completely irrelevant and call again five minutes later to tell you to ignore the last call.

I’ve detailed all this bureaucratic inefficiency elsewhere (10 ways the NHS is killing people) so I shan’t go through it again. It’s refreshing to hear that the dead wood will be trimmed away, not to say reassuring for those who have already experienced these "inefficiencies".

Not everyone’s convinced though: Nicola Sturgeon said the number of operations carried out annually by NHS Scotland had increased by 40,000 since 2006-07, the equivalent of four per extra staff member*. But she may have some questions to answer herself: as the report says,
“If this is the case, it begs the question as to why the staff were appointed in the first place.”