Britain's Got Bread and Circuses 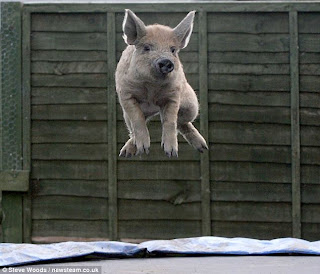 Well, actually the bread's in pretty short supply at the moment - what with the global recession and all - but we've sure got circuses. The opiate of today's masses is a ghastly amalgam of glitz, sequins and sob-stories, heavily seasoned with viewer participation.

Thus the Prime Minister, aiming for popular support in an election year, must be seen to endorse this farrago to the extent of public pronouncements - what price dignity these days? - but does it go deeper than that?

I ask Morgan how well he knows Brown. He says he has always liked him, thinks of him as a friend. They speak once every three or four weeks; Brown will ring for a chat, or ask him over. He says he speaks to Sarah Brown once every week, sometimes he offers advice, same as he might do to Gordon. Advice about how to get the message over to the public.[...]
Crucially, he speaks to the prime minister about the programme he does, Britain’s Got Talent. “Gordon is obsessed with Britain’s Got Talent,” Morgan says, laughing.

Allowing for the fact that this is Piers Morgan relayed by Rod Liddle, think about the implications of Piers Morgan with the confidential ear of the Prime Minister and of Brown actively seeking contact with Morgan. And above all about the Prime Minister being 'obsessed' with a show featuring trampolining pigs and someone farting 'The Blue Danube'.

After all, they do say you can judge a man by the company he keeps.
Posted by Macheath at 09:02