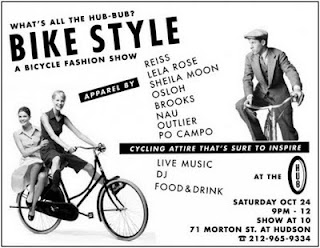 There’s a novel bit of thinking going on in Suffolk. A member of the CID has spotted a way of killing two birds with one stone by taking some of the hundreds of unclaimed stolen bikes recovered by the police and lending them to offenders on probation.

'The Integrated Offender Management (IOM) and PPO schemes aim to control offending behaviour of persistent offenders through a combination of rehabilitative interventions, compliance support, and robust enforcement in order to reduce re-offending and the commission of crime.'

Right, got it (I think). The idea is that the bikes will help offenders living in rural areas to travel to work, making them more likely to find jobs and thus reducing the re-offending rates. The scheme is being overseen by the Probation Service (who will, one hopes, screen out persistent bicycle thieves) and any bona fide owners who turn up will have their property restored to them.

So far so constructive, but something truly dreadful is being perpetrated here.

'Detective Inspector Richard Crabtree of Ipswich CID who came up with the Re-cycling Cycles scheme said, “Bikes will not be given to every PPO and are not to be seen as gifts. They will be on loan from the probation service to the PPO who will be responsible for their own cycle safety.

This is a well-intended scheme and a holistic approach to assist individuals who, for whatever reason have been on the wrong side of the law gain meaningful employment. If this trial is successful it may be rolled out across the county.”

Cringeworthy punning title? Check. Obscure acronym? Check: PPOs are Prolific and other Priority Offenders, of course – do try to keep up at the back! Touchy-feely caring terms? Check – holistic and meaningful to you too! And pointless management-speak? Check: why does it need 'rolling out' - it’s not a bloody Axminster!

DI Crabtree is obviously destined for higher things if this is a typical example of his mastery of the English language. He still has a way to go to match the experts in the field of what JuliaM calls ACPO-friendly jargon but meanwhile it’s a pretty good haul for buzzword bingo.