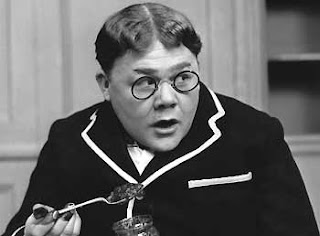 'Private School Pupils Blamed for Lack of Secondary Places' ran the headline above an article announcing that 'council leaders say that they will struggle to accommodate hundreds of children who would previously have gone to private schools'. The article went on to say that 'some children [...] were left without a place at any school in their area.' Pretty damning stuff, and, judging by the headline, all because of posh kids whose parents can't afford school fees any more

But this salvo in the pre-election class war turned out to be a damp squib. Two days later, the headline had been amended to the less contentious 'Schools struggle to place pupils who used to go private'. Perhaps someone helpfully pointed out that these ex-private pupils had previously saved the state the cost of the education to which they were entitled.

Or perhaps a more conscientious journalist actually did some research. It turns out the worst affected areas include Birmingham, Barnet and Hackney - not exactly the main recruiting-ground for the playing fields of Eton - and in any case, the private sector reports no significant decline in pupil numbers.

A more convincing - but politically explosive - theory surfaced in the School Gate column, where Edward Upton, founder of a teaching resource site, writes,
'There are actually 793,000 spare school places across the English state school system. The shortages are only in city areas such as London, due to a higher than expected number of young, immigrant families raising higher-than-average numbers of children.'


And he's got evidence to back it up from the Office of National Statistics. Oops! It looks like a very large elephant has just walked into the classroom.


Better stick to expressing sympathy for the plight of the schools, or alternatively indulging in righteous indignation at the toffs and class traitors who, now the money's getting tight, are ruthlessly elbowing their prep-school-educated offspring into the local comp.
Posted by Macheath at 08:40