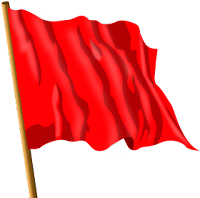 Where were you in the mid 1980s? Did you want to Free Nelson Mandela? Were you calling on Thatcher to Stand Down, Please? Did you Need That Fascist Groove Thang?

Like many of New Labour’s current elite, I spent those years in a haze of righteous indignation, trying to change the world to a soundtrack by the Communards and Billy Bragg. The Red Flag was our icon; we were steeped in political awareness from the ends of our dreadlocks to the toes of our fair-trade cotton socks and we never, ever bought South African fruit.

We tried to enjoy ourselves while never losing sight of the suffering of the third world; our relationships were conducted on eggshells as we struggled to avoid gender stereotyping and sexist oppression. The whole thing was an exercise in doublethink that only the credulity of youth could countenance.

Like many Labour organisations, the group I belonged to was visited by practitioners of the darker arts of politics. We sat at the feet of masters of spin and learned of ways to orchestrate polling and to manage the single transferable vote. We listened open-mouthed to tales of voter manipulation and jamming party switchboards, of smear campaigns and untraceable ways to discredit the opposition.

These extreme tactics, we were told, were justified by the evil of Thatcherism and a corrupt Tory regime; desperate measures for desperate times. Although an ethical lifestyle was our ideal, these visiting heroes of the political struggle would selflessly put aside the conventions of morality to achieve the greater good of electoral succcess and a New Left Government.

Twenty years on, the Socialist Utopia seems more than a little tarnished. The moral slippage that once justified dubious electoral strategies has become a landslide of dodgy expense claims, political cabals and backbiting. Despite all our hopes, it seems that the corrupting influence of power is as strong now as it ever was, far stronger, alas, than moral principles aready compromised in its pursuit.
Posted by Macheath at 10:45

Labels: NuLab; how it all went wrong