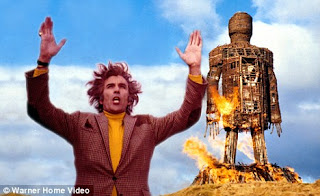 It’s funny how a single object can bring back vivid memories. In a drawer in my parents’ house in Scotland is a small yellow armband - a reflective strip backed with white elastic just the right size for the arm of a five-year-old. It’s a permanent reminder of the experiment of British Standard Time.

Forty years ago this week, the children at my primary school were issued with these armbands as we prepared for a winter of walking to school in the dark. They were part of an intensive safety drive as Scotland geared up for the darker mornings.

By the end of the Autumn term, this meant arriving at school in the dark and, at break time, watching the sun come up over the hill as we drank our morning milk. This could be the experience of future generations in Scotland if the proposed change succeeds in bringing us in line with Europe.

It’s interesting that the Spouse, educated in southern England, has no recollection of this happening. In mid-December, London’s day is almost over an hour longer that the scant seven hours separating sunrise and sunset in Edinburgh.

The experiment was over by October 1972, when the clocks were once more being put back and everyone got an extra hour in bed. This must have been particularly welcome in a remote part of South-west Scotland, where filming of ‘The Wicker Man’ was under way – one of my favourite behind-the-scenes stories.

Despite the plot hinging on rites of spring, financial problems held up shooting until the autumn and the unintentionally significant date of October 31st; artificial leaves and flowers were attached to the orchard trees and those poor wee lassies cavorting naked round the Beltane fire must have been chilled to the bone.

And on a bleak Dumfriesshire hilltop, as Christopher Lee - who must have been very glad of his rather dubious tweed-jacket-and-polo-neck combo - unleashed his sinister rendition of ‘Summer is icumen in’ and the flames licked at the base of the Wicker Man, the unfortunate Edward Woodward, imprisoned inside, nearly succumbed to hypothermia.

I hope someone reminded him of Ezra Pound's parody:

Incidentally, does anyone else out there think the Bonfire of the Quangos should involve a capacious Wicker Man?
Posted by Macheath at 11:08