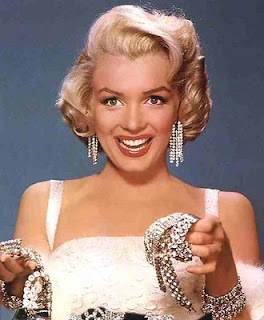 The Daily Mail surpasses itself this week with an article that proclaims 'Third of British women would say no to proposal if they didn't like the diamond'.

And they say romance is dead! Actually, as usual, the headline over-eggs the pudding; the ungrateful baggages in question merely said that they would have second thoughts - though that's still pretty rough on the poor enamoured suitor.

But the article ploughs merrily on, coyly flourishing terms like 'new research' and 'statistics that emerged today'. It appears that 'women are now so desperate to get it just right, 41 per cent would rather choose the ring themselves'.

It even signs up a 'relationship expert' to explain the significance of these findings. Only half-way through does it drop the peekaboo act and reveal the source of the information: a survey by shopping channel QVC.

Now, funnily enough, QVC happen to be in the business of selling jewellery - including engagement rings - and what a lucrative business it turns out to be:

'The average groom-to-be is now having to spend around 930 pounds, with 40 per cent admitting they were forced to spend ‘more than they could afford'.

Consider for a moment the implications of that one little word - 'forced'.

'A further 45 per cent found the process extremely stressful, with 52 per cent saying they’d be happier if there was a more convenient and direct way of shopping for the right ring.’.

You don't say! Teleshopping, perhaps? Combining a blatant piece of advertising with the implication that your readers are grasping, avaricious harpies; even by the Mail’s dubious standards, this is an outstanding piece of journalistic prostitution.
Posted by Macheath at 17:18