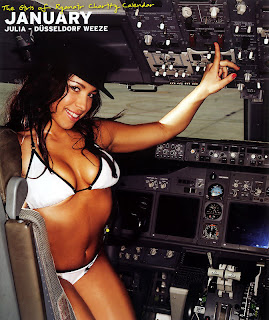 
You have to hand it to Ryanair CEO Michael O’Leary. No matter how often they say ‘He’s gone too far this time!’, he somehow manages to go one better in the next interview.

Remember the proposed 1 euro charge to use the lavatories, or the idea of flying standing up, with a rudimentary shelf to accommodate the aching buttocks (a rather less beautiful version of the carved misericordes that propped up medieval monks during long hours of worship - perhaps that’s where he got the idea)?

And that’s without mentioning all the no-frills staples we’ve come to know and loathe – no seat reservations, overpriced microwave food, an extortionate charge for any piece of luggage larger than Barbie’s handbag and grumpy cabin staff (not sure how that last one saves money, but I do know it’s a bad idea to greet them with ‘Cheer up - it may never happen!’).

Now he's had another brainwave and it’s a real humdinger, as he explains to Bloomberg BusinessWeek Magazine. In this climate of cuts, everyone’s looking for ways to reduce staffing costs and it turns out there’s a whole person in the cockpit who’s doing pretty much bugger-all.

What exactly is a co-pilot for, cluttering up the place and consuming valuable meals and coffee and being paid for it? Even in the case of an emergency, O’Leary’s confident there’s no need for a fully qualified second banana up front when you've got plenty of personnel back there in the cabin:

"Really, you only need one pilot. Let's take out the second pilot. Let the bloody computer fly it. If the pilot has an emergency, he rings the bell, he calls her [the stewardess] in. She could take over.”

Ryanair’s stewardesses are, it seems, pretty versatile already – at least if O’Leary’s office decor is anything to go by; ‘Hanging on the wall is a 2010 Ryanair charity calendar, featuring the airline's flight attendants in bikinis’* - although I believe their people skills may occasionally leave something to be desired.

So now the idea is to train them in readiness for an emergency, so that, in the event of incapacity or death of the only qualified pilot, the trolley dolly can step up bravely to the mark. One has to hope, in that eventuality, she has been chosen for her brains rather than her potential as Miss February.

There could, of course, be another solution.... 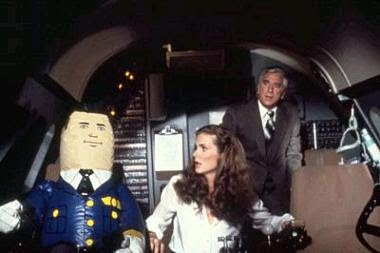 *The article doesn’t actually say, of course, whether they are all female – I may be making an unjustified sexist assumption worthy of O'Leary himself.
Posted by Macheath at 20:37