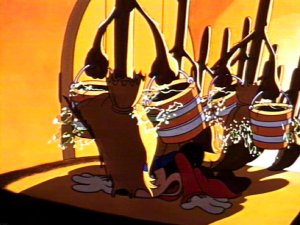 It's been over a month since my car 'accident' and the phone is still ringing, as company after company try to persuade me that I must have been injured - in a stationary car 'hit' by one barely moving - and should make a claim;

'After all,' they say, 'the other driver has admitted liability. The money will be sitting there waiting for you to claim it.'

Small wonder, then, that these claims are becoming a serious financial drain on the pockets of policyholders. The Association of British Insurers has described the UK as the 'whiplash capital of Europe', with around 1,200 claims for whiplash made every day.

The ABI estimates that the cost of whiplash claims adds around 20 per cent or £74 to motor insurance premiums.

And the ABI's James Dalton, speaking at the 2011 Whiplash Conference in Leeds (no, really! I picture a few disappointed delegates tiptoeing quietly out when they realise it's only going to be about car accidents), describes the condition as 'a fraudster's dream'.

It's the old tale of the Sorcerer's Apprentice; the insurance companies allowed - and in some cases set up - claims management companies to handle genuine injuries, little realising that these companies would expand inexorably in search of more cases, real or imaginary; growth, after all, is the essence of 21st-century business.

And now they are flooded out with claims, suggesting, in the words of Mr Dalton, that Britain has some of the weakest necks in Europe. He may be right, but in a more figurative way;  as long as people lack the moral fibre and backbone to resist the siren calls of these claims companies,  the water will continue to rise.
Posted by Macheath at 14:59