In the early 1940s, with much of the male population away on military service, an army of women went out to work in Britain's cities while their children were left with carers or evacuated to the country. These children often lacked a single constant parental figure or role model in their lives at a formative stage and bonded instead with other children in mutual ignorance. 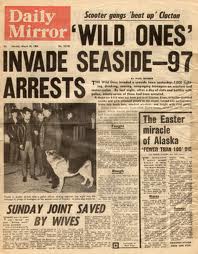 In the early 1990s, in the wake of Harriet Harman's IPPR pamphlet 'The Family Way', in which she trumpeted the apotheosis of feminism as she saw it - a matriarchal household free from male influence, a radio interviewee could declare proudly:
"I am pleased to say that Britain now has the highest proportion of working mothers with children under five in the whole of Europe."

A massive drive to get mothers of young children into the workplace promoted daycare from as early as six weeks, particularly if the mother was a lone parent. Another generation of children grew up with absent fathers and limited contact with their mothers, learning their behaviour from other children instead. 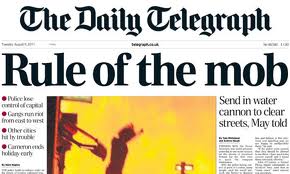 Update: Turns out I'm not the only one to have thought of this - Guido Fawkes has been thinking along remarkably similar lines.
Posted by Macheath at 16:16