A Matter of Interest 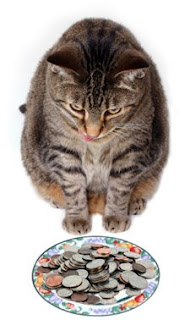 "Ooops! Didn't I tell you? I paid off my mortgage a year ago. Still, thanks for the sixteen grand - I'm sure it'll come in handy!"


So Elliott Morley and David Chaytor forgot to tell the fees office they owned outright the homes they were claiming mortgage interest for every month - well, it's easy to forget these trivial details, isn't it?


Morley claimed £800 a month for a Scunthorpe property for 18 months after the mortgage ended. In a statement, Mr Morley said he did his accounts in "yearly bundles" and he had "simply let the established payment run as it has for some years".


Now, this raises a question of some interest, so to speak. I don't know the exact dates involved, but a quick glance through some recent mortgage statements (funded solely by me and my hard-working spouse) shows interest rates have been changing three or four times a year.


So did Morley regularly alter his claim to match? I find that unlikely, given that he forgot to tell anyone when the mortgage ended, although it could, of course, have been a lifetime fixed rate. Do the fees office alter the allowance when the bank rates change? Again, unlikely; banks and building societies don't always conform.


So far, the papers have been remarkably silent on this issue, or perhaps I've missed an explanation somewhere. Whatever the truth of the matter, it's reassuring, isn't it, to know that the country is being governed by people either too dishonest or too careless to keep their own finances in order.
Posted by Macheath at 14:16